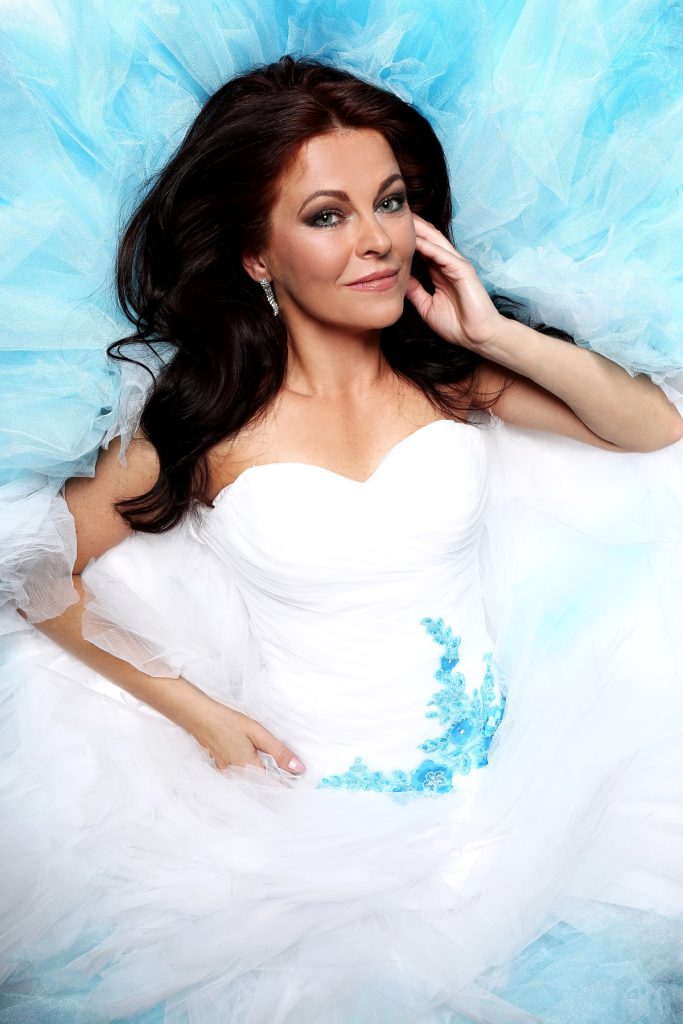 In 1991 she participated in the International Performing Arts Seminar in Karlovy Vary under the leadership of Andrej Kucharsky (Munich) and Jindřich Jindrák (Prague).

In 1996, she starred in the role of Marcelina in the theater of J. K. Tyl in Pilsen in Ludwig van Beethoven Fidelio.

In 1998 she became the laureate of the prestigious International Singing Competition Franz Lehar in Komárno.

In the period 1999-2000 she was guest in the operetta of J.K.Tyl Theater in Pilsen in the role of Hortensie in the work of Richard Heuberger Ples in the Opera and in the role of Janka in the Hungarian Wedding Nico Dostál.

From 2000 to 2013 she worked abroad – mostly in Germany and Scandinavian countries.

At that time, she performed not only concerts, but also in opera performances by Gioacchina Rossini, the Barber of Seville, and as Queen of the Night at Wolfgang Amadeus Mozart’s Magic Flute.

Since 2016, he has been performing concerts again in the Czech Republic.

Miriam Čížková performed at Český rozhlas Pilsen on August 7, 2017 in the program Our Guest,
where the moderator of the program, Stanislav Jurík, spoke so thoroughly that the listeners learned not only various information from the music sphere, but also the beads from childhood and eventually also the current activities, including its pedagogical activities. 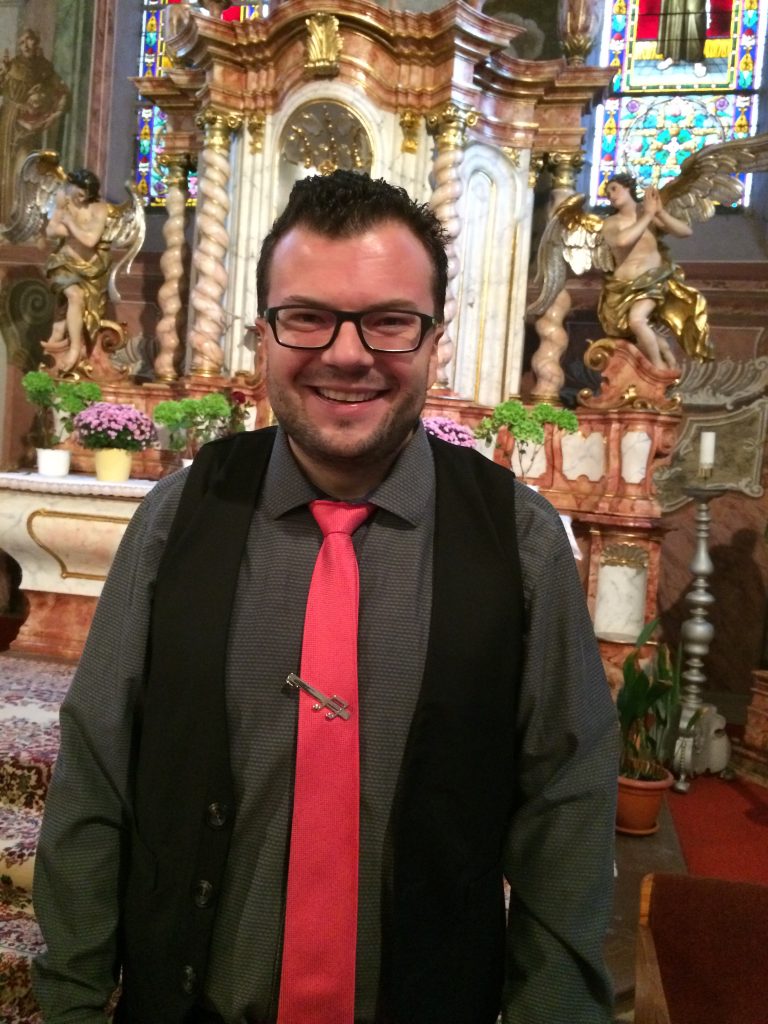 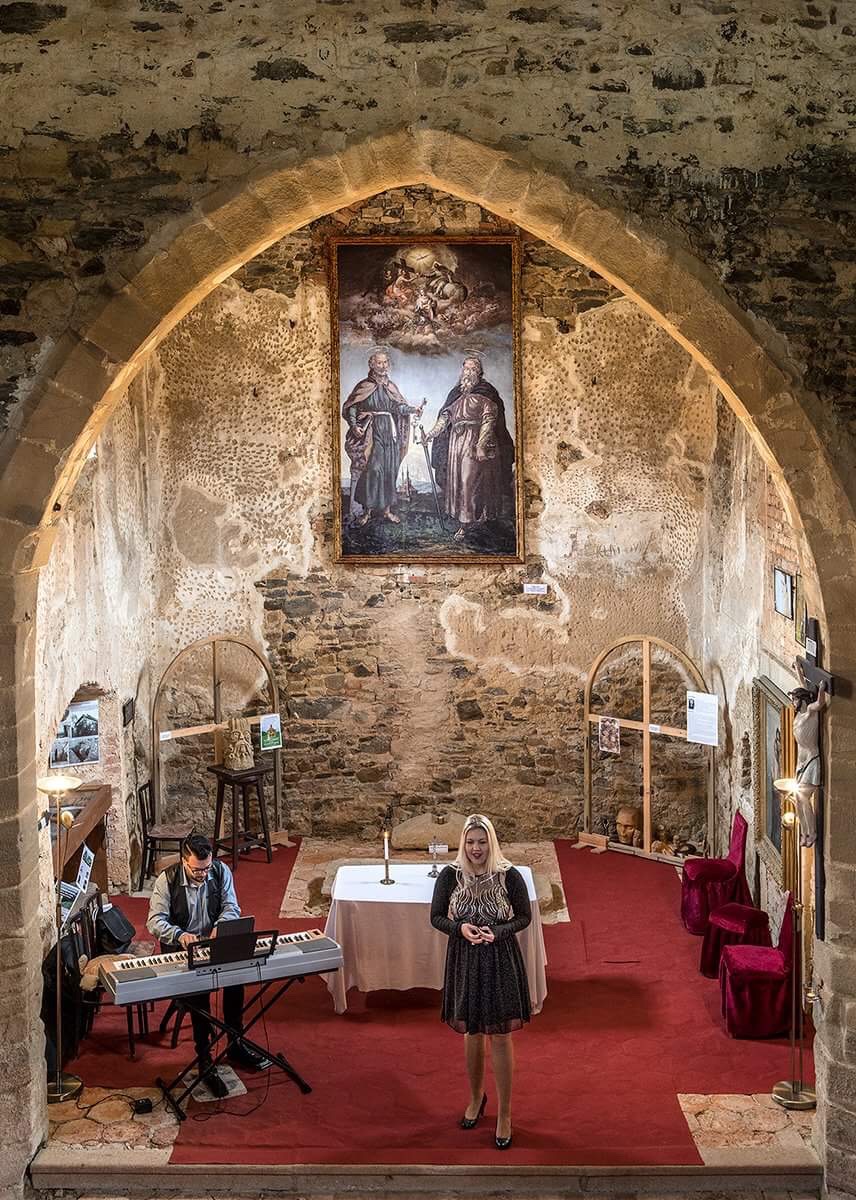 He started playing the piano when he was 6 years old.

During his studies, he participated in many competitions.

In 1999 he was successfully accepted to the Conservatory of Pils into the class of Vera Mullerova.

He was again very successful in many competitions (International piano competition of Smetana – 2001, Pro Bohemia – 2001).

In 2003 he graduated and two years later he finished a continuous study.

In 2005 he started studying piano at university in Brno (JAMU) in the MgA. Jan Jiransky class. He successfully graduated in 2008.

He cooperated with the college, he took a part in melodramas performance, a chamber playing and he introduced a Czech premiere of an organ concert M.Dupre with an organ player Michael Bartek.

He participated in many master courses under a leadership of well-known artists.

Jana Štěrbová is an exceptionally talented soprano. With her singing technique of Italian Bel canto walks in the footsteps of her pattern – Ema Destinnová. The source of her art is in addition to the attractive exterior and acting talent, as well as a high-quality voice of velvet color and a heart-felt feeling.

Opera Singing began she to study at the age of thirteen with Professor Ludmila Bendlová, a solist of the National Theater in Prague and professor at the Prague Conservatory. At the same time, she began studying piano, music history, music theory and world languages.

The first public awards ceremony brought her in 1996 to participate in the International Singing Competition of Ema Destinnová. She also performed at a gala concert on the occasion of the 120th anniversary of the birth of this great czech singer. After a two-year engagement at the Prague State Opera she is engaged in concerts at home and abroad.

In 2000 she released her first solo album with a selection of the most beautiful songs and opera arias called “What’s In My Heart of Love” (“Co je v mém srdci lásky”). In 2002 she released her second CD “Opera gala” with a selection of the most famous opera arias, accompanied by Janáček’s Orchestra of the National Theater Brno.

The most recent act is the czech Impressionism CD “Zdávání” from the turn of 2016 and 2017. Here you can find the music of Vítězslav Novák, Josef Suk and their teacher Antonín Dvořák. All this for the pioneering piano accompaniment of Mrs. Zora Křičková.

Petr Horák was born in Prague, where he also graduated from the Prague Conservatory under Professor Alfred Hampel and the Academy of Performing Arts under Professor Luděk Löbl.

Between 1997-2005 he was a soloist of the J. K. Tyl Theater in Pilsen, where he also played the roles of Suong (The Land of Smiles), Paganini (Paganini) and Edwin (The Csárdásfürstin). He also organizes other scenes in the Czech Republic – Prague, Ostrava, Liberec, Ústí nad Labem etc.

In 2001, Petr Horák won the Special Prize for the Best Interpretation of the Operetta Song at the International Singing Competition Franz Lehar.

His operetta repertoire also includes the roles of Eisenstein and Alfred (Bat), Tassil (Countess Maritza), Bolo (Polish Blood) and others.

He also handles concerts for many years at home and abroad.

Mgr. Eva Skalová was born in Vrchlabí. After leaving examination she graduated on the Faculty of Education at the University of West Bohemia in Pilsen branch Music Education – Solosingen. For a few years she taught in the Department of Music Culture.

Now she teaches at the Sokolovská Art School in Pilsen, where she founded the vocal department and later the well-known children’s choir Jamíci. She also works at the Art School and High School in Stříbro. She also regularly sits on the jury of various singing competitions.

She participates in classical and popular music concerts as a solo singer of the City Band Plzeň. 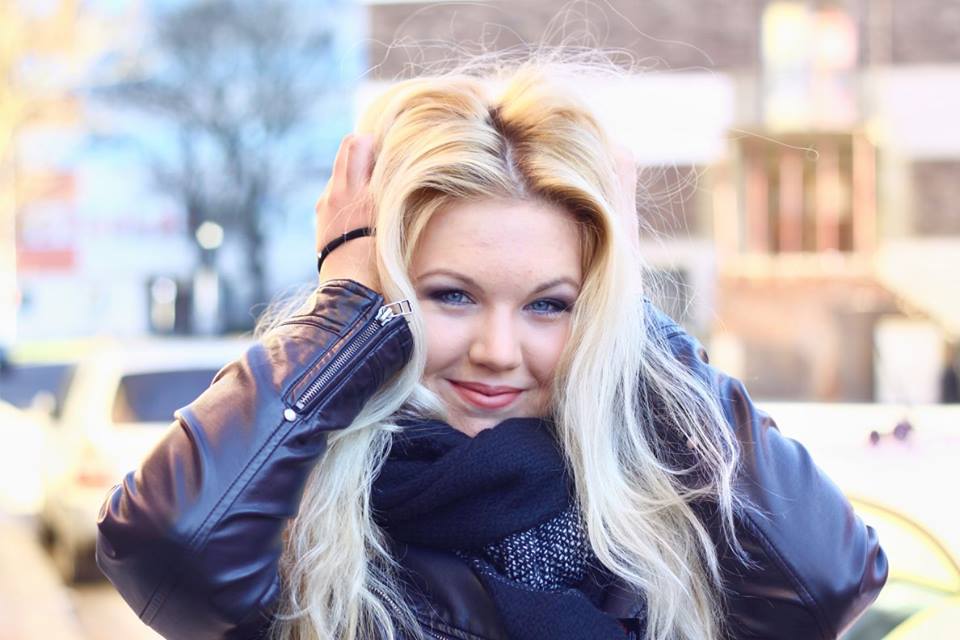 The soprano Natalia Šmausová has been singing since her childhood, first at Elementary School of Bedřich Smetana in Pilsen, now studying singing with prof. Simona Procházková at the Pilsen Conservatory.

He regularly performs in the West Bohemian Gallery in Plzeň, performs on various historical monuments of the Pilsen Region and also starts performing at social events and concerts throughout the Czech Republic.

In 2017 she won an honorary mention at the Bohuslav Martinů competition in Prague and second place at the International Competition “Romantica Praha”. 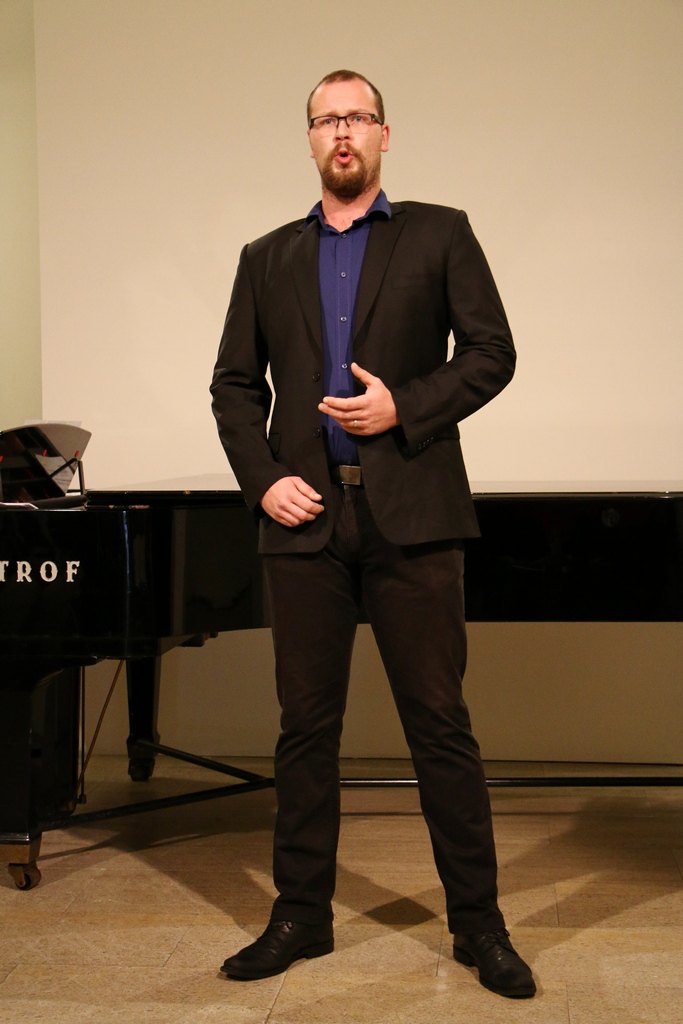 He was born in 1992 in Pilsen. He has been going in music since the elementary school, he has been playing on accordion. During his studies at Rokycany gymnasium he focused his musical talent on solo singing.

In 2012, he took part in entrance examinations at the Pilsen Conservatoire, where he took under doc. Svatava Luhanová. In the same year in the spring, he entered the competition for basic art schools, where he placed third in the national round in Turnov. During the first two years of his studies, he participated in several benefit concerts (Bor, Stary Plzenec and others) as well as Mozart’s singing contest in Prague. In this competition, he took the 3rd place and received an offer to participate in the concert of the winners at Bertramka in Prague.

Since autumn 2013, he has also collaborated with the Theater of J. K. Tyl in Pilsen, where he studied under the baton of František Drs Aida and then the Cavalleria rusticana and Pagliacci, led by Norbert Baxa and Ondrej Olos.

In March 2015 he took part in master classes in Karlovy Vary and in June in courses in Pilsen under the leadership of prof. Antonio Carangelo.

In the autumn 2015 he debuted in Purcell’s The Fairy Queen in the role of Oberon at the Pilsen Conservatoire and since this time has been fully occupied in all school performances. Among them were Žákovské Vigilie by J. Krček, Il conte di Almaviva from Figaro’s wedding and also the role of the Count in the opera The Secret Marriage by D. Cimarosa.

Since 2016 he is also a member of the Academy of Music in Prague, where under the direction of doc. Helena Kaupova takes the role of Sarastro in The Magic Flute and Don Alfonso in Cosi fan tutte.

From 2016 he began to perform concerts throughout the Czech Republic. 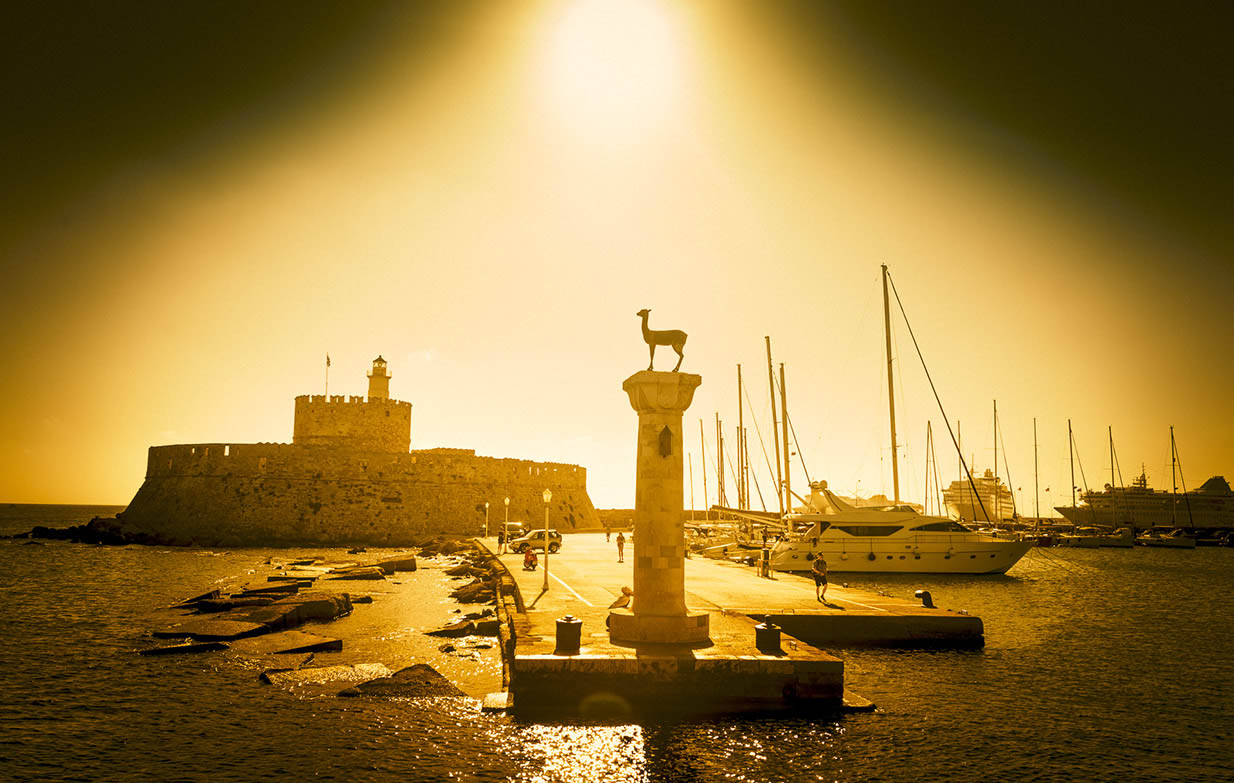 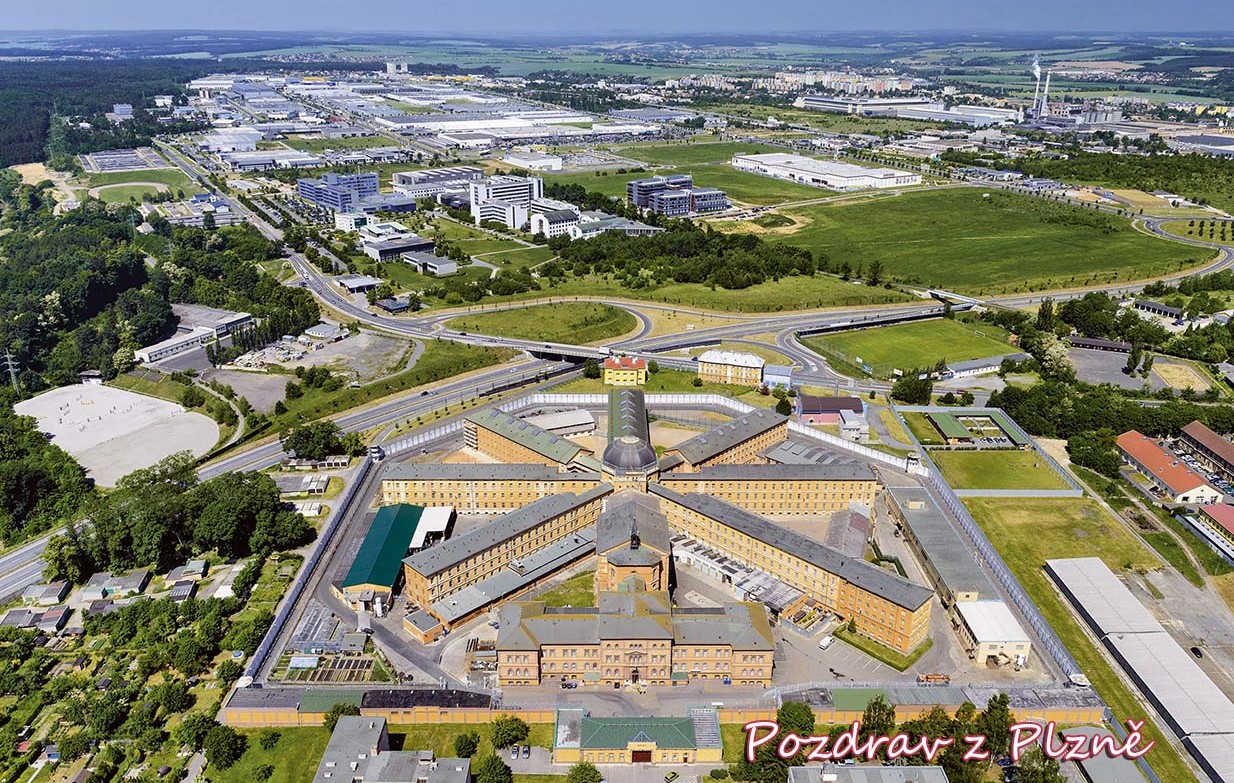 Milan Váchal is one of the most famous Pilsen professional photographers. Born in Pilsen in 1965, in 1984 he graduated from Electrical Engineering Secondary School in Pilsen. 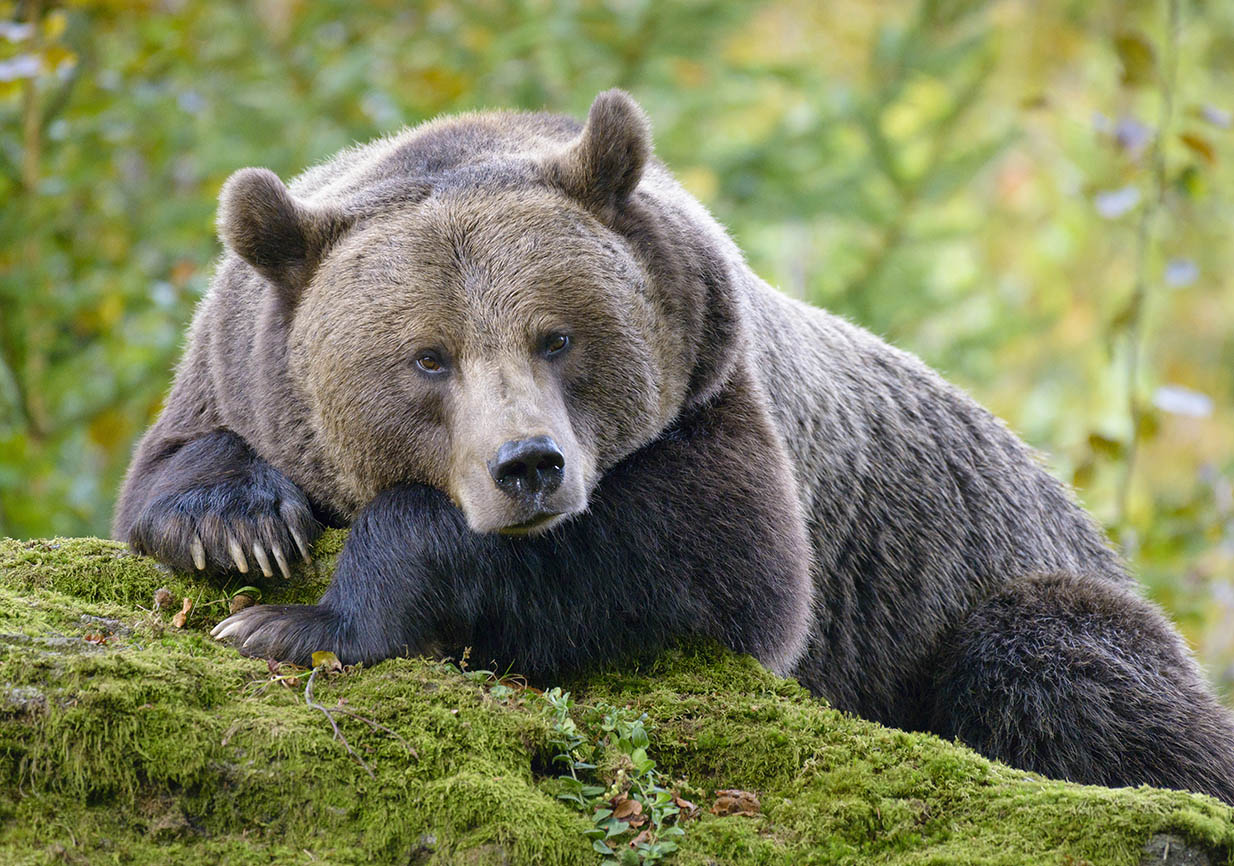 He has been professionally engaged in photography since 1991. He has been involved in aerial, advertising, product, portrait and modeling photography, and in the last few years also photography of the landscape, especially the Šumava. 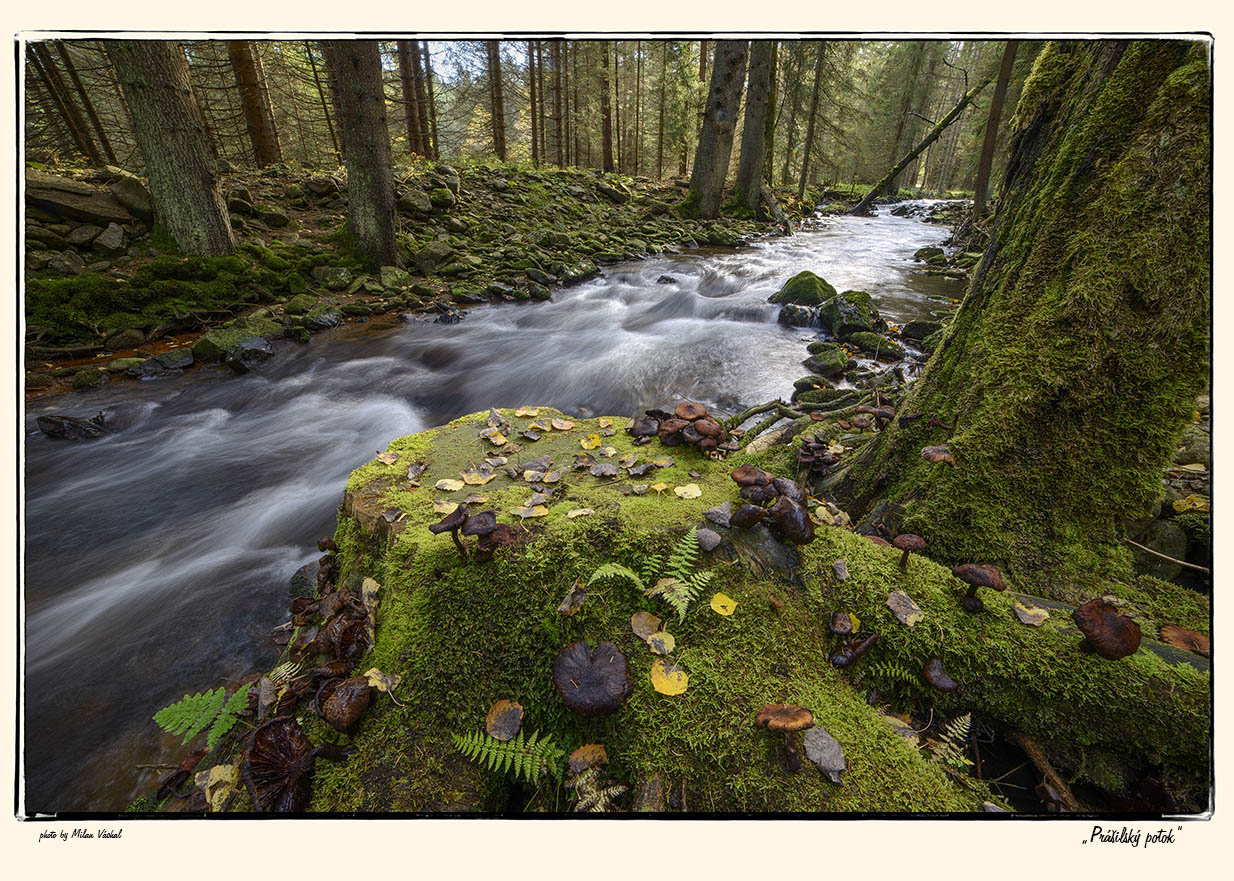 He is the author of a number of successful calendars, catalogs and billboards and recently also postcards.

He is also the author of two successful books: “Pictures of Plzeň and its surroundings” and “Sumava magical and dying”, which are composed exclusively of aerial photographs.

Recently, he has been intensely engaged in photographing the Šumava and printing these photos on a photographic screen.